Babydoll Southdowns
​
A new name for an old breed

The Southdown is undoubtedly the oldest of the English down breeds, famed for its Mutton derived from flocks that grazed on the South Down plains of Sussex County England.
"Small in size but great in value" is the description given to the Southdown breed by The Southdown Sheep Breeders Association of England and still holds true today at least for the Babydoll type Southdown.
It can be safely assumed that the Southdown was the first recognized breed of British Sheep to be introduced into Australia.
Records show that Reverend Samuel Marsden imported Southdown's from England soon after his arrival to Australia in 1793.
Registered in the ASSBA flock book since its first printing in 1895, continuing improvements of the breed saw many champion Southdown's imported from England including the ram "Sandringham" bred by His Majesty The King of England.
Known as "The king of terminal sires" with superior meat yield, early maturity and prime lamb producing qualities, the Southdown remained Australia's premier terminal sire from colonization through till 1950. However, when the popularity of the Southdown started to decline, breeders took to developing a heavier and longer Southdown, larger in size, with longer necks, cleaner faces and less wool around the eyes and ears - a breed to suit the Australian commercial meat market. For more information on the Modern Southdown visit www.southdownaustralia.com.au
During the change from the small compact Southdown to the large modern Southdown, a few studs continued to breed with the small bloodlines and the type of Southdown we now call Babydoll survived. Similar in looks to the American Babydoll and registered under "Southdown" in the Australian Stud Sheep Breeders Association flock book with a breed standard that no longer complimented this unique sheep, many Babydoll breeders were left with no guidelines to follow other than the American Babydoll or English Southdown breed standards.
So, in 2016 the Australian All Breeds Miniature Goat Society was approached and the Babydoll breed was added to their Miniature Sheep Branch. A new breed standard was developed, and a new flock book began, Registration is open to all Australian Stud Sheep Breeders Association registered Southdown's that meet the AABMGS requirements. AABMGS Babydoll Breed Standard.
In 2021 the Australian Stud Sheep Breeders Association accepted the name Babydoll and as such made a new flock book recognizing the small type of Southdown's as a new breed.
​
Finding Favour among hobby farmers, vineyards and orchards with their docile temperaments and ease of handling, Babydolls are fast finding a place among sheep owners Australia wide.
Maturing between 45-62 cm in size these friendly sheep with their woolly face and legs, teddy bear smiles and adorable lambs are in great demand with eager buyers sometimes finding themselves on long waiting lists.
It is estimated there are less than 350 purebred ASSBA registered Babydoll type ewes in Australia at the time of writing with most breeders eager to add to that number.
Babydoll Southdown's are now being found in all states of Australia including Tasmania.
Although they are now called Babydolls due to their similar size and look of the American Babydoll, there have been no imports from America. Often also referred to as Olde English Babydoll Sheep our Australian Babydolls do not contain any bloodlines of this American breed either.
Photos below are from the fine examples of Southdown rams imported from England. 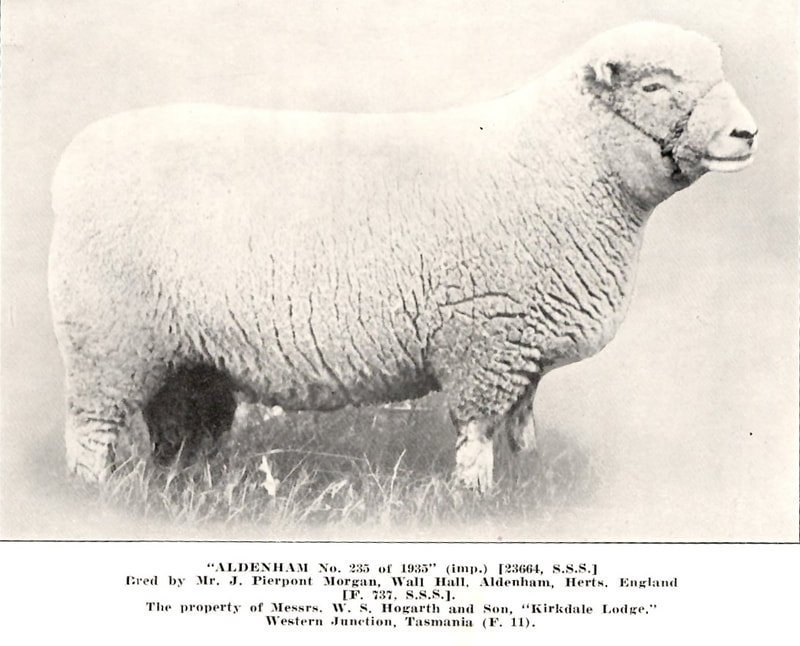 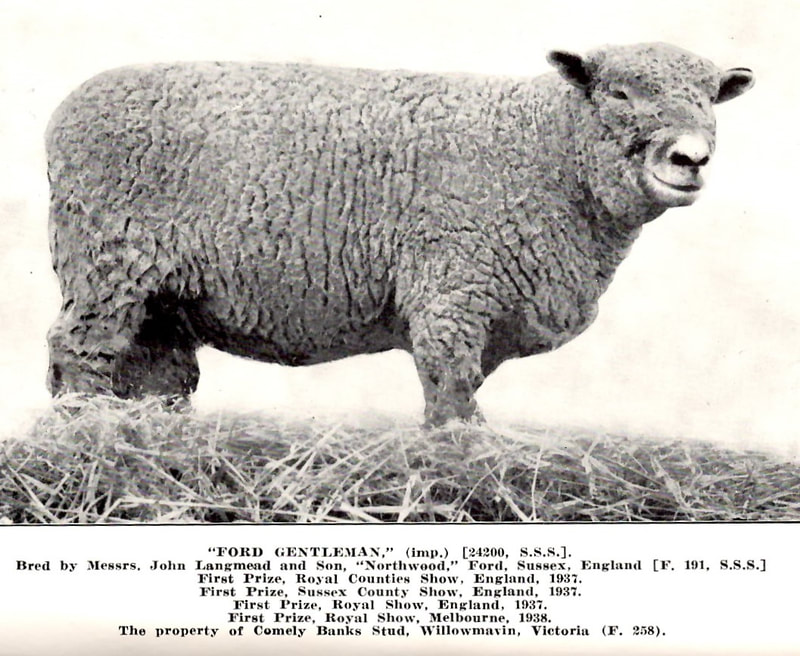 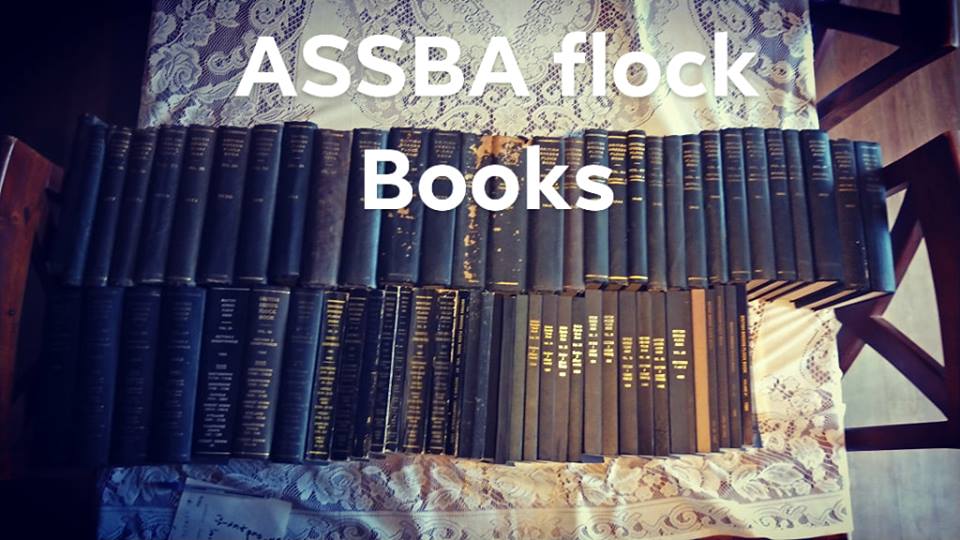 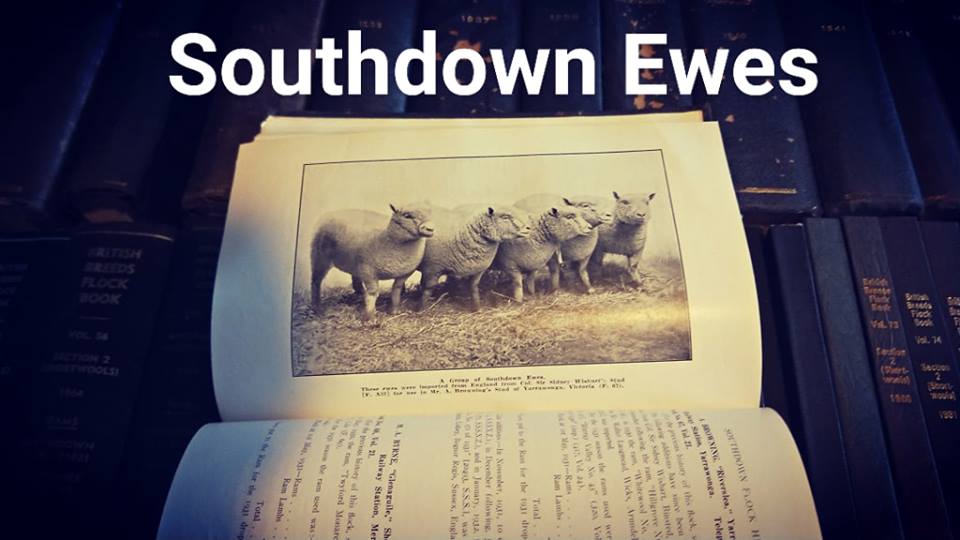 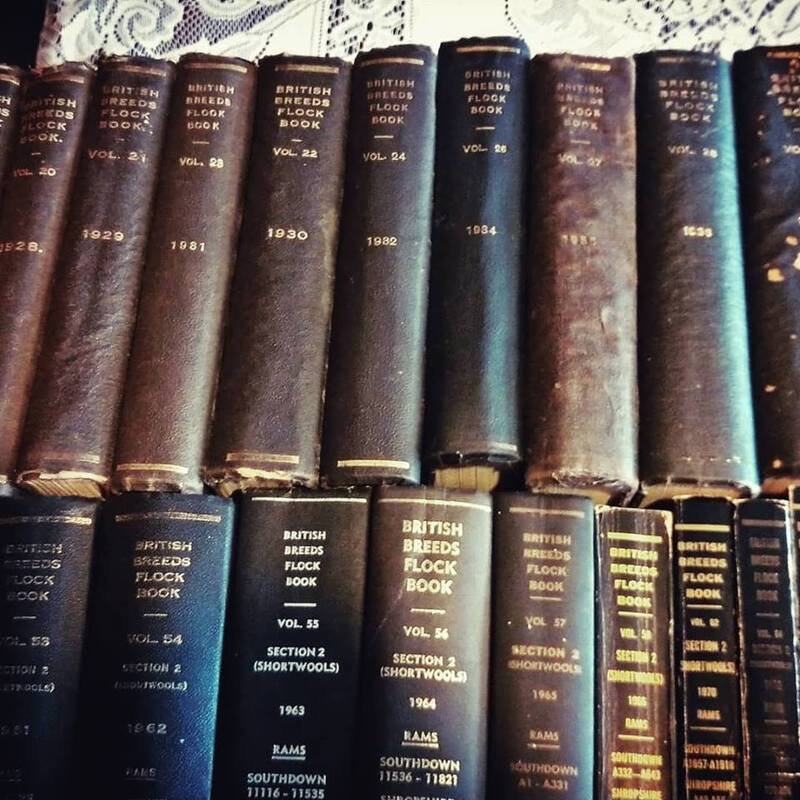 The ASSBA flock books contain the history of the flocks since 1895.
In 2018 we were given the wonderful gift of a near complete collection of flock books.